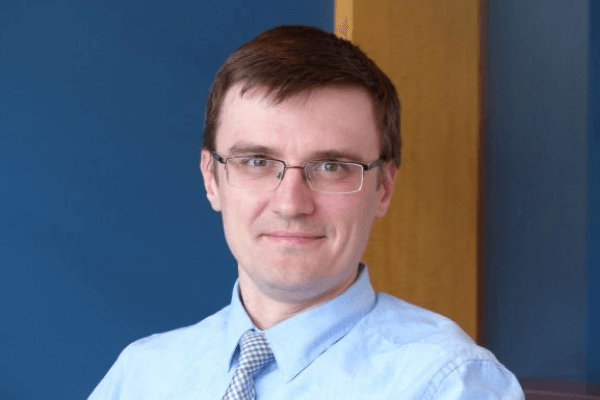 Andrzej grew up in Rzeszów, Poland. He graduated in 2008 from Jagiellonian University in Kraków, Poland with a degree in physics. In 2014 he completed his PhD in physics at Princeton University under the supervision of prof. Daniel Marlow, where he analyzed swaths of elementary particle collisions data from the Large Hadron Collider at Cern, Switzerland. He then took a break from academia and worked as a data scientist at Princeton Consultants Inc. implementing machine learning models in the transportation industry. In 2019 Andrzej joined the Doyle group as a Schmidt DataX Fellow. Outside of work, Andrzej is an avid curler, he serves on the board of directors for Jersey Pinelands Curling Club in South Jersey, he also enjoys playing classical piano, tinkering with bicycles, and spending time with his wife and son.